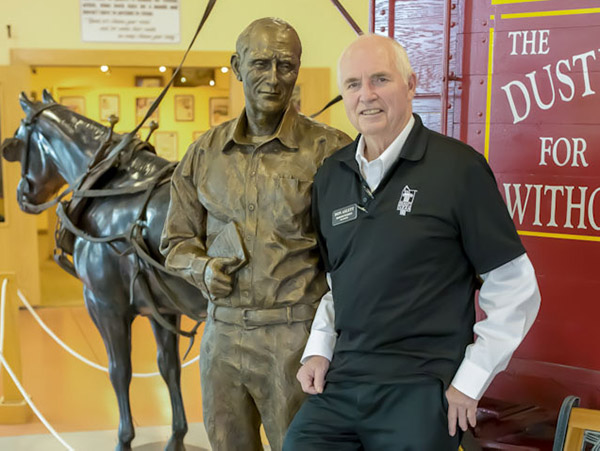 The proclamation was designed not only to direct Idahoans to take special care moving forward in maintaining a cleaner environment, but also honors those workers who went largely unnoticed over the tumultuous past two years.

“The people that were having to keep schools clean, hospitals clean, public spaces clean, they were unsung heroes during the last 24 months,” Little said. “Every night, when you leave a public space, a hospital, a school, there’s somebody in there cleaning and they don’t get a lot of credit.”

Idaho’s Clean Awareness week will fall between March 27 and April 2, this year, according to the proclamation.

Little chose to sign the proclamation at the Pocatello museum due to its place in the Idaho community and the history of cleaning methods and tools. The museum was founded by Don Aslett, known internationally for his cleaning supply company.

Prior to the signing of the proclamation, Aslett spoke of the importance of cleaning, while also throwing a little levity into the proceedings.

“When you really think about it, clean teeth, clean arteries,” Aslott said before pausing for comedic timing then looking at Little, “clean politics. … cleaning solves almost every problem on earth.”

“Two out of three ain’t bad,” Little responded with a laugh.

Over the past two years in particular, Little said, people across the world discovered that with an emphasis on keeping surroundings and selves clean and sanitized can have a significant impact on daily life. He pointed to the nearly total absence of a flu season last year, while many were constantly scrubbing and washing everything in defense against COVID-19.

“It really elevated awareness of what good sanitation does for everything,” he said.

According to John Nothdurft, spokesman for the International Sanitary Supply Association (ISSA) and a Caldwell native, Idaho is the first of at least 12 states who will be signing similar proclamations.

ISSA, a worldwide cleaning industry association as described by Nothdurft, has been working with all 50 states for three years to designate a Clean Awareness Week.

Grant Aslett, Don’s son, also spoke of the importance of proper cleaning, echoing something he said has been a cleaning directive for decades.

“Clean for health first, then appearance,” he said.